Quite recently Manushya Puthran had come out with the 200th issue of “Uyirmai”. I happened to read Thiru Imayam’s story “Mayanathil Bayamillai” (There is no fear at the burial grounds). And a few words: 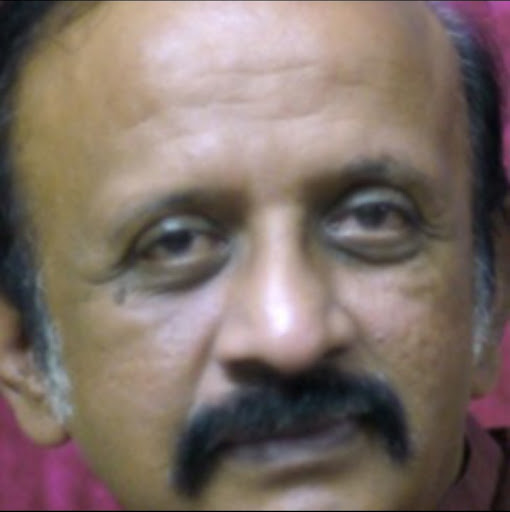 At the outset let us look at the place at which the story is set. It is not one of those parks, or a decent hotel or the proverbial railways station where the story begins or ends with a send-off. Now now…..Mind you it is the burial ground. The place where there could be a transaction among bodies, about bodies. And the two protagonists (2?) are women! Ordinary women! To what extent the author has probed and understood the mind of women is reflected in this story.

There is this girl who is on a job-routine that involves planning the final send-off to dead-bodies. She determines their further destiny (words are mine) Yes. She is the pit-digger, if you like that word. She is Sita for you. The other is Nagamani who is the helper who has come with mason Palanichami. The story develops through the gradual conversation that occurs between these two.

You know “Uyirmai” is priced at Rs.50 and is readily available at the book stalls. The point is, reading the story first-hand, directly, would be so different. There are plenty of memorable moments each would relish according to their taste, bringing up and orientation. So……..I desist from placing the story in its full form before you. I may be excused………..

Certain portions left me dumbfounded in this story. Methought it would be better to mention those with the reasons thereof! (Government language? Inevitable!)

These days I never sit to browse or read a book, be it the incomparable S V Rajadurai orSujatha.

“This mason has given me a job in the burial ground. With these thoughts at the back of her mind, Nagamani was oblivious to the surroundings till now” says the author. Now this attitude I have noticed among the TNEB workers who attend to our cable-faults that periodically crop up. So please understand that this intense concentration is not confined to software professional alone. Even men who do such low-end jobs get insulated from the outside world and mind their work.

Sita inspects whether she has dug the pit properly. And Imayam says, “The way in which she looked at it,was like looking with admiring eyes at a new born babe”. Stop. Whom are you teasing, dear author? Was it from the imagination of the observer Nagamani or your own? Tell me, honestly.

Nagamani casts a hard inquisitive look at Sita. “Doesn’t look like a married woman? does she? Not even a thread woven around her neck. If you are longing for a more descriptive account here is it” The nose-stud had turned black and it wasn’t “pure” gold after all. Nakli hai bhai nakli hai!

Don’t you get scared being alone here. This is Nagamani’s question. Oh! And what an answer from Sita: I have been here for 22 years. No ghost has come upon me. But I get sacred to walk on the roads. These men and their looks, devouring looks! An innocent uttering a simple yet profound truth!

And when she talks on the mobile with her grand dad, “Oh! You bloke! Is the beedi right in your mouth as you are talking to me?” Knowing well that it is difficult to wean him from this habit, Sita yet hopes as they say against hope!

What you….You keep questioning endlessly? In her own euphemistic way Sita asks of Nagamani” Your job here……….Are you a helper to the mason or you job is here to ask me all the questions possible?” A sense of controlled humour!

“I may not be able to provide a mouthful to others. Dead Bodies…Yes why not I compensate by dropping my handful of mud on their bodies. That is the reason why I am here” Can an illiterate (unpad as the say in Hindi) think this far and make such pristine statements? All thinking has been original….Let us travel back to Parasakthi. Kalainjar has put forth through Gunasekaran, a delineation of sorts at the court. Marshalling language, points what precision and sagacity. Till this it is undecided whether the credit would go to Kalainjar or Sivaji Ganesan?

Sita “The bloody stomach doesn’t it have any sense of self-respect?” A curse on the stomach!

“As long as we are women men will look at us” Sita says so and may sound philosophical. will be looked and the following is queerer still “May be another ten years. Then what is there to look for in us?”

“That day when we came here carrying the corpse of my father….well and this became the place in which I have been brought up, nurtured and what have you?”And see the place she owns!

Nagamani is allotted on para. But the main heroine is Sita. In the para that is given to Nagamani she narrates her story briefly. What matters ultimately is the interest in the story!

Parting is part of life, it is held. And see how does this happen? “Tomorrow if I cook some food and bring it here, will you eat that?” asks Nagamani. Kind of tit for tat…..”Why should you bring food from that distance? As long as you come here for work, I will bring cooked food for you”

What captivated and glued me to my seat was this. Yes, the milieu for the story. And the cast. Two women. When two women meet….you know……….The talk will mostly be pointless.But these talk of life with all its ramifications. The story is created through these conversations. Each one watches the other “slyly”. Only appreciatively, but. They find they are on the same wavelength. Ordinary women, both of them….They have almost lost their lives to the cruel hand of destiny. But have the will to live and want to live as much as it life affords them. Methought that Nagamani was the observer, Sita the protagonist.

Year back Sri Balu Mahendra made a seral “Kathai Neram” episodical, based on class stories like these. Will someone come forward? Dreaming is my birthright and fructification….well GOK(God only knows)!