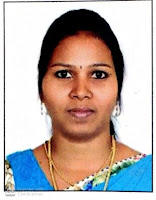 Holding a mirror up to nature, writer Imayam reflects the concerns of the society through his novels dealing with the existing social problems concerning gender, race, religious or class prejudice. His missionary zeal marks him as a humane and notable writer of contemporary relevance.Imayam’s characterization reveals his deep insight into human nature and his ability to give an identity to the neglected and deprived classes of people whose voice was suppressed for a long period of time. It also points out how women face the collective and public threat of rape, sexual assault, and physical violence.

The helplessness of the poor is openly punctuated in Imayam’s short story collection Manbaram (2002); Video Mariyamman (2008) focuses on Dalit’s  struggle for dignity, justice and equality  in the caste-ridden Hindu society. Kolaiseval (2013) and SaavuSoru (2014)define the oppressions faced by women. Narumanam (2016) discusses the plight and predicament of the poor due to modern development.

Pethavan:The Begetter, translated into English, French and Telugu created a change in the state after it was found to have foretold a real life tragedy in Dharmapuri in 2012. Pethavan throws light on the ruthless ‘honour killings’ carried out by kattappanchayats to oppose inter-caste marriages in Tamil Nadu.

Imayam’s Koveru Kazhudaigal(1994) translated as Beasts of Burden saw its 25th anniversary special edition. It is about the tragedy of the poverty-striken PuthiraiVannaar dhobis working for the Dalits. Arumugam (1999) is about the relationship between a mother and son, woven into a single fabric of love along with their sufferings and the prevalence of prostitution.

Based on a ritual called Pottukattu, Sedal( 2006) brings out the experiences of a real character Sedal and the Dalit community. The women designated as oracles participate in village festivals, Koothu and death rituals. The main focus is on the misfortune caused to the heroine due to a religious custom that still prevails in many part of India. Imayam’s open ended novel En Kadhai(2015) deals with the trauma of love failure.

Imayam recently received Sahitya Akademi award for Sellatha Panam (2018), which talks about the intercaste marriage, the struggles and the outpouring of emotions. Money is rendered useless in a family that rejects its daughter for marrying a man outside the community.

Imayam’s stories, while dwelling on the maladies prevalent in the society also present the gleaming and brighter side. He has given possible solutions for the eradication of the maladies, which consists of unity, good leadership and education. He visited Canada, Malaysia and Singapore to give lectures; his works find a place in the syllabi of many colleges and universities in India and abroad. Many research scholars evince a keen interest in exploring his works.

Mr. Imayam has received many awards, accolades and honours for his works. Considering his universality, realistic portrayal of the characters and the society and the extensive research writer Imayam has done for his works.